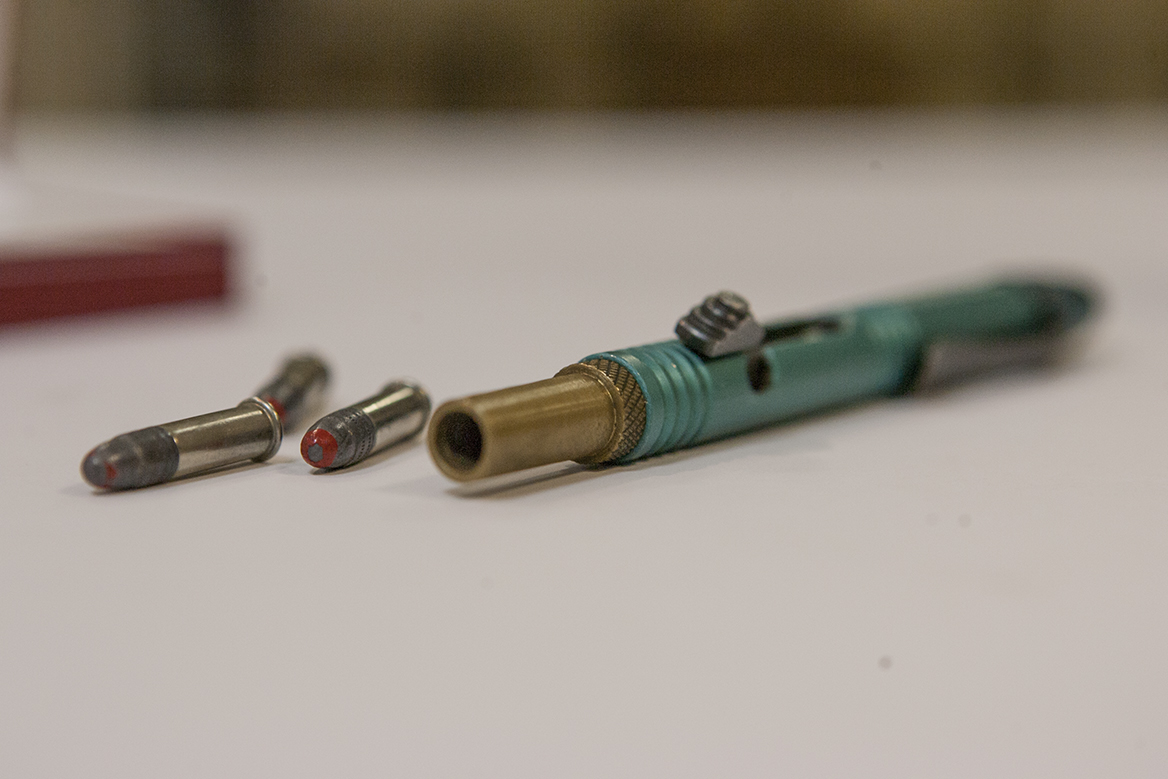 Pen Gun and Bullets: This Pen Gun was given to Oliver Tambo who served as ANC President from 1967 to 1991, to protect him against would be assisins . Tambo was sent abroad by the ANC to establish the ANC in exile and to mobilise foreign opposition against apartheid. It is believed this Pen Gun was given to Tambo by the East Germans. The Pen Gun was donated to Liliesleaf by Ronnie Kasrils